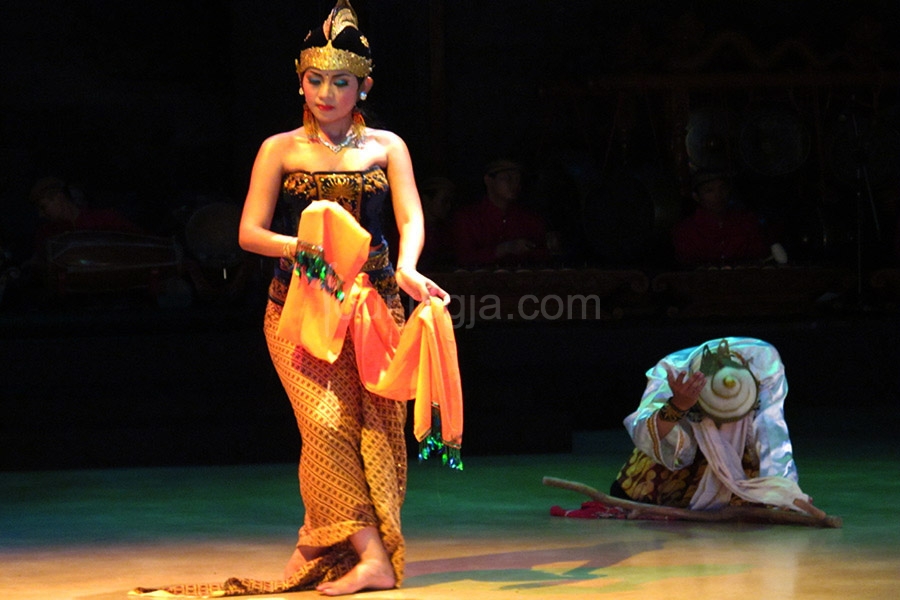 Based on an epic Hindu history, the story of model king Rama was adapted to become an important local dance, encompassing the Javanese style, culture and music. Whilst the story originated in India, the Javanese version is truly representative of the local art and culture.

In the evenings, this ballet comes to life, enacted by over 200 professional dancers and musicians on an open air stage that takes advantage of the Prambanan Temples as a backdrop.

The performances run from 7.30pm to 9.30pm, and are weather dependent. One day, Rama, Shinta, and Laksmana (Rama's brother) went to the Dandaka Forest. They were passed with Rahwana, an evil and enemy of Prabu Janaka. It caused a big trouble; Rahwana thought that Shinta was incarnation from Dewi Widowati. Rahwana was crazy in love. He had spelt his soldier become a deer, attracted Rama to hunt it, and then kidnap Shinta.

A big war happened between Prabu Janaka and Rahwana, hundreds of soldiers, weapons and tactics were used by both kings. But, Prabu Janaka's kingdom was on crisis; his ability couldn't fight against Rahwana. A white monkey, Hanoman, was being a hero for saving Shinta. The princess was free, back to Rama. But, the trouble still haunted their love. Rama was unbelievable with Shinta. He was asked Shinta to jump down in a fire. Then Shinta was done it indeed! The miracle was came, Shinta hadn't burn at all, whereas she became more beautiful the before. Rama felt sorry then the story is ended in happy ending.